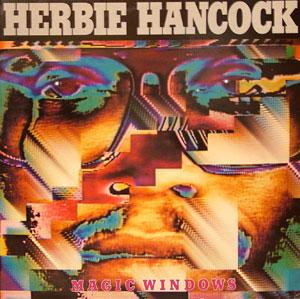 Buy This CD From VINYL-MASTERPIECE Now!

I think Herbie Hancock does not need any introduction. Hereby a short version, otherwise google is not happy.

Herbie Hancock, is a legendary jazz musician and composer which is active for about seven decades. He is a true innovator who has spent a lifetime exploring a range of different musical genres and enriching each of them. Hancock has had an enormous influence on acoustic and electric jazz, R&B, funk and hip-hop, winning fourteen Grammy Awards for his work.

Dutch online record shop, and record label Vinyl-Masterpiece just reissued two of Herbie Hancock masterpieces from early eighties. From 1981 'Magic Windows' (PTG 34709) and from a year later the album 'Lite Me Up' (PTG 34708). I need some glasses, can't read the small letters anymore ;-) Both albums are remastered from the original mastertapes

This album is produced by Herbie himself and David Rubinson.

You can but this 'Magic Windows' album at Vinyl-Masterpiece.comp