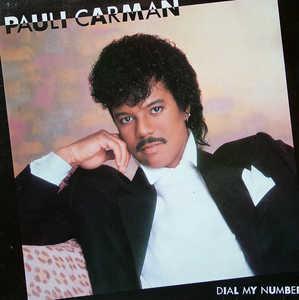 Buy This CD From VINYL-MASTERPIECE

This is the debut album of ex Champaign singer Pauli Carman named 'Dial My Number' originally released in 1986 on Columbia Records. Now reissued on PTG records and distributed by Vinyl-Masterpiece from Weesp The Netherlands. You can find on this 8 track album some outstanding tracks. The collaborating artists on this album are Cindy Mizelle, Audrey Wheeler, John Robinson, Paul Jackson, Ernie Watts, David Frank and Mic Murphy and of course the superb background singers Maxine, Julia, Oren Waters. Mic Murphy and David Frank (The System) produced, wrote few tracks on this album. These tracks are Dial My Number, Flashback, Big On Pleasure and Lose control. You'll get on this the Extended Dance Version of Dial My Number as Bonus Track.